There is way too much stuff for me to write in this 5 minutes I have spare to go into detail about our first day so ill try to summarize.

Funny things:  Heathrow airport, women asked what our relationship status was, I said couple, she asked if we were married i said no, she laughed. Then went and told all her colleagues her apparently hilarious story...WEIRD. 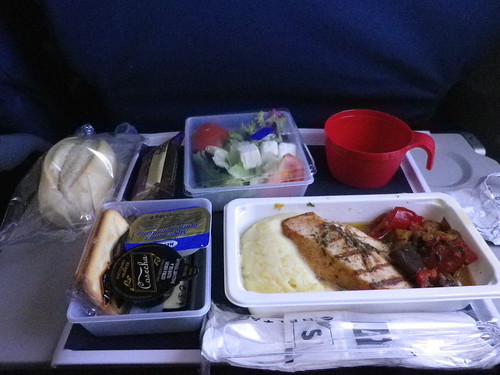 Our flight from Heathrow was delayed from 1005 to 1115. If we had just been flying to J.F.K this would have been a minor annoyance but seeing as we had a connecting flight within an hour and a half from landing this was not good. The actual flight to J.F.K from heathrow was nice, Sarah's first time on a jumbo jet and first time going on a plane with screens. Was great watched a few movies and watched some TV shows they had. Overall just as good as I thought it would be. 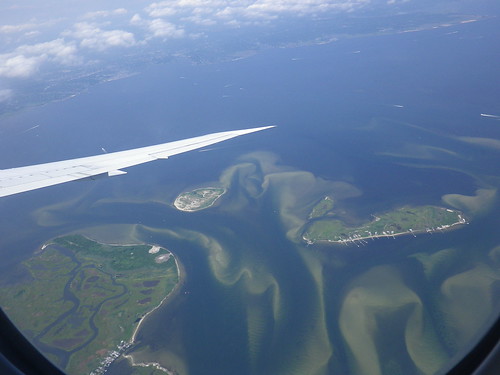 When we landed we had already missed our 1500 connecting flight to LAX.We picked up our luggage as usual, went through customs fine but as I walked through, heard a customs officer say 'ill take her' point at sarah then lead her away and proceed to search through her whole bag. Sarah the terrorist...

Then had to wait a half hour or more to find out if we would be put on the next flight. They said we were booked in for the 1700 flight which wasnt too bad. Re-checked in our luggage, by this time there was a HUGE backlog of luggage waiitng to be put onto the conveyor belt(this would cause problems, more later..).
Had a nice 10 minute wait till boarding our flight to LAX, got to wander through JFK (pretty nice airport) and can now say we have been to New York for all of a few minutes.

Run out of time to write anymore on what happened on day 1.

Quick tip of the day: Go to the toilet on the plane before you get food, the queue after is devastating.

Good morning Los Angeles! Woke up today at 7.30am after a good catch up of sleep. First thing to do was shower, so off I went and after about 10mins I gave

Just hopped into bed at 9pm...No i'm not ill just trying to catch some sleep before waking up at 3.45am to catch our flight to L.A. So unbelievably excited not