Finally had a nice nights sleep at the motel 6. Aircon was quite noisy but rather that than frazzle, also noisy german baby grr. Got up showered and had breakfast of the stickiest cinnamon swirls in the world and pop-tarts. After a full re-arrange of the luggage and the boot, we headed off to horseshoe bend. It was a 3/4mile walk through hot sand (only found this out halfway up the hill and I was wearing flip-flops). Got there in the end and was a fantastic view. Doesn't look that big in the photo but if you look closely you can see a boat on the river, and that shows you just how big it was. On our way back we were both dead and Sarah got stung by a mysterious black demon. 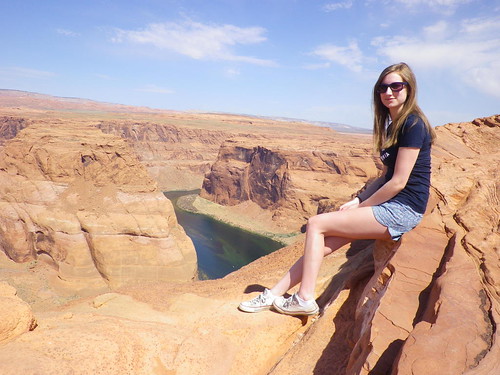 We headed off to the Glen Canyon Dam, and stopped off quickly to take some snaps. We weren't there for very long but that's all it took to make us extremely jealous of all the people with boats and jet-skis.

Next we were off to Bryce Canyon NP. Drove along the scenic byway, saw alot of horses, wild deer and llama things. Arrived at the campground in Bryce, had lost our booking info so didn't know what plot number we were at so had to drive round the whole campground searching for 'fry'. It was on the last loop we checked, so parked up and set up camp. As we were setting up the tent there was extremely loud thunder and black clouds overhead. Read that Bryce is one of the most concentrated lightning storm areas in the US.

We drove down to Rainbow Point and got out for our first look of the canyon. Looked amazing, couldn't wait to get down into the canyon and have a proper look around. Drove back down the from the top stopping at all the view points. 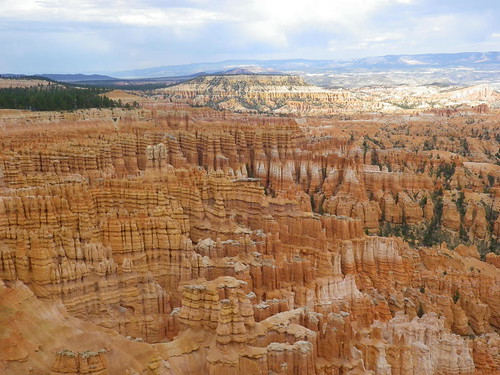 Onto the highlight of the trip to Bryce, called the 'World's best 3 mile hike' (Navajo/Queens Trail) we were both pretty tired starting the hike, but within 10mins we were both buzzing down the canyon. Whether that was the gorgeous scenery or the sketchy american energy drink we had, its anyone's guess.. (the drink's ingredients were a list of e-numbers + caffeine). After we got down the steep part of the hike it started to rain pretty heavily for a bit so alot of people returned back up. So glad we didn't, and it meant not many people were out walking. But its safe to say it was an amazing hike, couldn't recommend it more, was the best day so far in the U.S. Seemed like every photo was a great photo and round every corner was something that would make you say "WOWWWWWW". 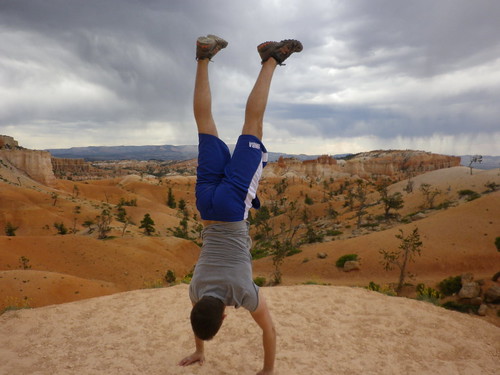 Went back to the tent for a rest and headed straight out to the general store for some food. Didn't really have anything that we fancied so went back to the tent for a hearty dinner...Cap'n Crunch with warm milk. Mm mm mmmmmmm. It took all of one spoon to make me ditch it and have a pop tart. Black clouds were looming overhead so were doubtful we would wake up dry. Tomorrow onto Zion, fingers crossed in one piece.

Happy July 4th!! We were up quite early this morning and realised that since we were in Utah it was Mountain Time so an hour ahead. A much better sleep here as it

The alarm went off at 3.30am this morning. So I snoozed it for 10mins but couldn't get back to sleep so decided to have a look at the sunrise info. which is