The alarm went off at 3.30am this morning. So I snoozed it for 10mins but couldn't get back to sleep so decided to have a look at the sunrise info. which is when I realised I had set the alarm an hour early. Luckily Jon had already fallen back to sleep, but unfortunately I couldn't. The people in the pitch next to ours were up and I could hear them packing their tent away. I decided to look at a map and plan out where we'd go for sunrise. I read that Yaki Point was a good spot, but this was only accessible via shuttle bus and the last bus before sunrise was at 4.45am. So I woke Jon up at about 20past and we rushed to get ready in time. We drove down to the visitor centre where we'd catch the bus, but only had 1min to get from the car to the bus in the dark with no clue where we were. We were running around trying to find it and fortunately got there just in time. The sunrise was beautiful and a lot quieter than sunset, with just a couple of photographers set up. My camera battery only had 1 bar left so couldn't take many pics/videos. 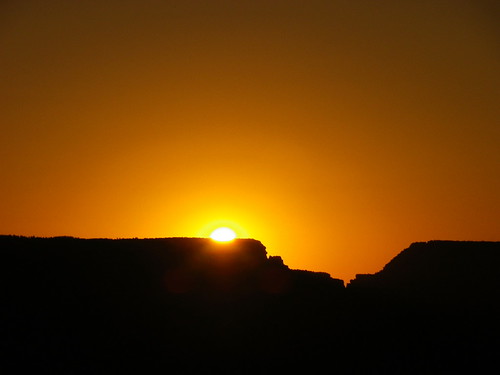 We caught the bus back to the car and proceeded to the campground where we began to pack up. We had begun to live out of the boot with one suitcase practically empty so had to organize it all as there wasn't really any space left. It took a while to get the tent down and packed and sort our stuff out, but we finally hit the road at 7ish. We were looking out for elk and mountain lions but didn't manage to spot any. We drove on long stretches of 2 lane highways, heading NE towards Monument Valley. We stopped off at a town called Tuba City at a McDonalds. There were a lot of Navajo people around here. We bought 3 sausage mcmuffins, a hash brown and a large coke for $5, and used the free wi-fi. We filled up on gas, and drove on before stopping for a toilet break at McDonalds in Kayenta.

Off we went again, where we caught our first glimpses of Monument Valley. The temp. was now around 100 so was really hot when out of the car. We crossed the Utah border - making that our 4th state we've visited. We paid the $5 per person charge to enter Monument Valley, and it was well worth it. 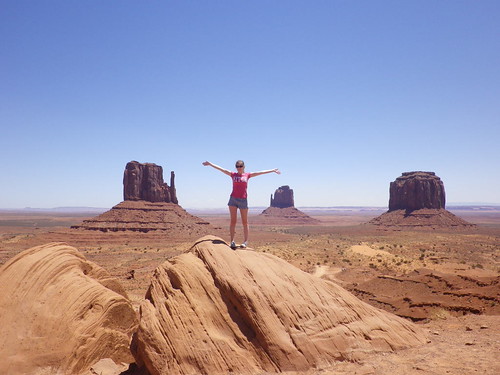 The sand was so bright and the views were fantastic. We took loads of pics here trying out different poses, trying to capture a John Wayne pose which we never could really achieve. I mean, what exactly is a John Wayne pose? We popped into the Visitor Center where we learnt about the Navajo tribe and how their native language helped with coding in World War 2. 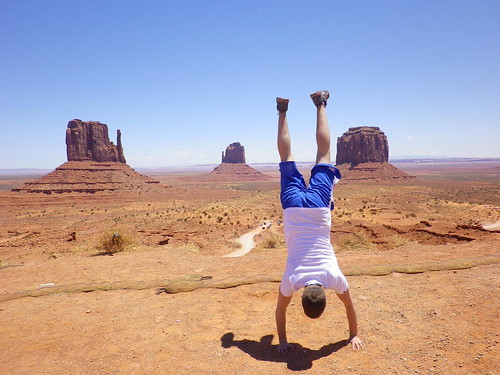 We couldn't spend too long here as we were so tired from waking up so early and the heat wasn't helping either. We left just before lunch, and stopped at our 3rd McDonalds of the day where we had 20 McNuggets, a sundae and another large coke for just $7.

We were now on the final stretch of today's journey to Page. The scenery was really good along this route, and we drove along listening to Ricky Gervais' Podcasts. Coming in to Page we could see Lake Powell, which is a man-made reservoir and is the second largest in the US. We hadn't made reservations to stay here, and unfortunately alot of places where booked out or quite expensive as it's July 4th weekend. We finally found a motel 6 which was charging a reasonable rate. We put our cases into our room, took a shower then headed to the pool. The water was freezing but so refreshing. We've just come in from shopping at Walmart, where we bought our dinner and food for tomorrow. It's 94 fahrenheit here and it's 8.30pm, lovelyy. 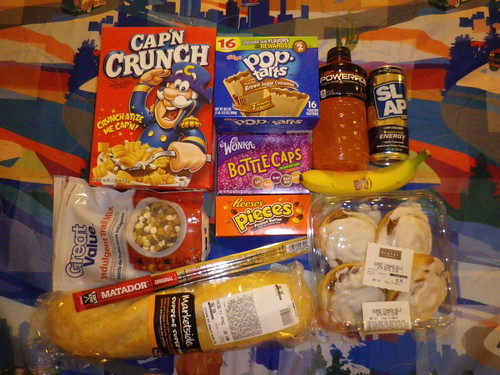 We'll be visiting Horseshoe bend and the Glen Canyon Dam before we go to Bryce Canyon where we'll stay the night. Again, may not be on for a couple of days as camping for the next 2 nights, we'll be in Vegas on the 5th though so will definitely be on then for an update. Not looking good in terms of weather after today's hottest day of the year so far - storms are coming!!

Finally had a nice nights sleep at the motel 6. Aircon was quite noisy but rather that than frazzle, also noisy german baby grr. Got up showered and had breakfast of the stickiest

Woke up this morning to the sound of some kids smashing rocks together in the spot next to our tent at approx. 5.30am... Had an OK sleep, the floor was pretty hard