Today we were up early, as we would be doing our longest drive of the trip. So we had some pop-tarts, and packed all our stuff in to the car and headed off. As we left about 3 fire trucks drove past and as we pulled out just down the road from our hotel there was a building on fire. We pulled into our first gas station and tried to do pay at pump using credit card, but it was asking for a zip code (using only numbers) so had to go in and pay cash. We didn't have a clue how much, as you have to pay before you pump, so we paid $40 but it only came to $20 for half a tank!

We then were onto the interstate and pulled  off along the way to Fry's Electronics. We were looking to buy a kindle, but unfortunately they didn't sell any. Jon nearly wet himself from excitement when we were there because A. It was called Fry's electronics and B. It's just about the coolest computer shop in the world. We decided to head to walmart - and here we bought a kindle! It cost $114 and the case was $35. It's awesome and have put on some guidebooks with maps which shall be helpful. 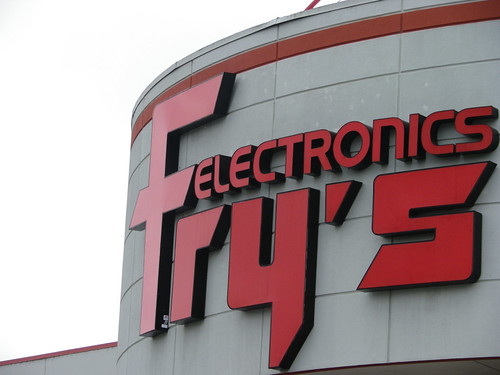 As we carried onwards the temperature started going up, we were also going up as we were about 3000ft up and it was 100 degrees. We got to palm desert, and were using google directions which unfortunately got us lost and we ended up doing a bit of backtracking till we found the interstate. Along this road were signs advising us to turn off the air con, which we did as we were worried so we had the windows wide open. We pulled off into Joshua Tree NP, our first national park! We drove around and stopped at Cholla Cactus Garden and a few other viewpoints to take some pics, but we were both pretty hot so didn't get out of the car much. The Joshua Trees were really cool and the scenery was gorgeous. 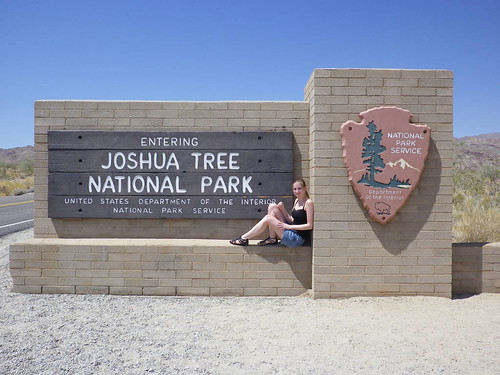 We then continued to drive on single lane roads, where we didn't see any cars for miles and were just surrounded by desert. Every now and then we'd pass some shacks and trailers, and big clumps of mailboxes on the side of the road. It was now 115 degrees so we didn't get out of the car and kept the air con on. We passed salt flats and really long freight trains, and came close to hitting some chipmunks. 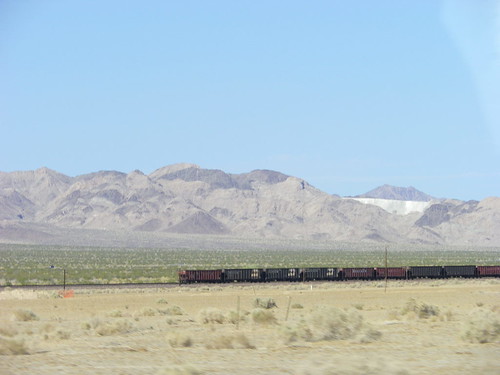 We were getting low on fuel but thought we should be fine as we had approx 100miles to do with 150 in the tank. We got a bit worried when the light came on, but then we passed the 'Welcome to Nevada - The Silver State' sign and we only had 5 miles left to drive. We passed a tree full of eagles which was pretty cool, before we headed into our hotel. For £14 a night this place is a bargain, we even had a free upgrade! Tomorrow we will be entering Arizona and driving Route 66!!

Today was a more leisurely day. We woke up at 8ish and slobbed until around 10, eating pop-tarts in bed. Opened the curtains to see a hummingbird inches from my face, Sarah was

Today we had an eventful day "well" planned out and we were super excited. It was going to be our first proper day of sight seeing. Sarah was awake at 0620