Today we had an eventful day "well" planned out and we were super excited. It was going to be our first proper day of sight seeing. Sarah was awake at 0620 and couldn't get back to sleep so was an early start. We got up showered and ready, had chocolate fudge pop-tarts for breakfast filled up all our bottles of water and set off!
First we went to Cabrillo national monument which was an easy drive, really nice and went past some very nice houses. We met our first Ranger who we bought our America the Beautiful pass off, which was $80 and is entry to all the National Parks/Monuments. We parked up and headed to the view point where there were views overlooking the Navy airbase San Diego, views were great and you could even see Mexico in the distance. The airbase is one of the busiest in the U.S and while we were standing there we saw a Jet, a few helicopters, loads of normal planes and two navy destroyers. 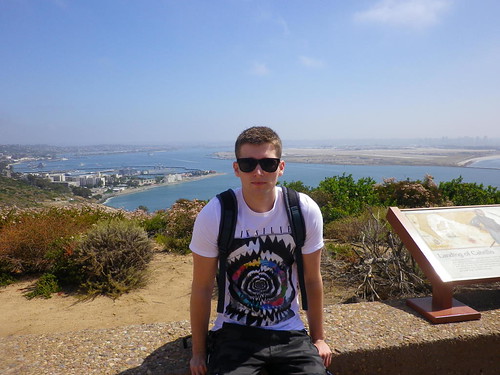 Then we drove down to the tidepools and sat watching the surfers surf whilst eating some Cheetos.
Moving on, we then went to Old town which is titled the birth place of California. Getting there was quite a problem, we drove round in what seemed like circles, nearly got run over by a train (dodgy crossings) and struggled to find somewhere to park. Was worth all the hassle of getting there though as it really felt like we were in Mehico when we were there. There was live music being played by a cool group of Mexicans, and the food smelt lovely. 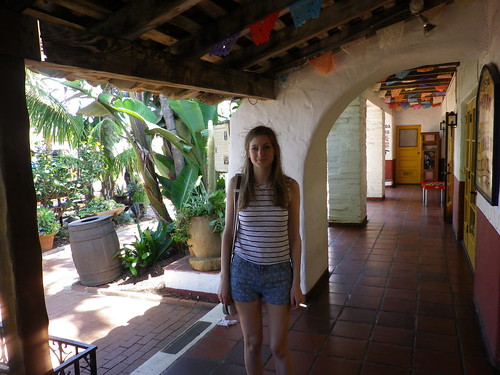 Dashed off to Balboa park which is the U.S's largest urban park. It was full of museums and a few nice gardens. Coolest thing about it though was the "designated dog walking area" which looked like a scene from a Disney movie. Dogs running about with each other lol.
Now to Walmart where we did our main shop for our camping supplies. The area wasn't great, from the walk from the car to best buy there was a crazy lady with a trolley talking to herself who I thought was gonna attack Sarah. Then the walk from best buy to Walmart a guy wanted to shake my hand but he looked like a crazy drug addict so we said No thanks and walked off.
We were quite glad to be leaving that area and heading to the Coronado bridge. Its one of the top 3 suicide bridge in the U.S after the golden gate bridge. Driving over it wasn't too fun, roads felt tight and the locals seemed to totally ignore the speed limit and gun past us at 80 when the limit was 55. Got some good pics though and a cool video (will try to upload at some point, its 720p though so its huge).
We went to Coronado beach with the Hotel Del Coronado. Was an awesome hotel, right over the beach and was huge! Truly American beach with volleyball and surfers. Stayed here for a while and put our feet in the pacific ocean for the first time. Even though the air temp was 35, the sea was ICE cold.
At this point we were knackered so we headed back to the motel to crash out for an hour. Got hungry so we headed out to the Karl Strauss bar and grill/ microbrewery. Was a lovely place would definitely recommend. We both ordered a no frills cheeseburger. Sarah got a Karl Strauss amber larger, and I had a Scott Tiger's IPL or IPA I don't remember but it was good beer and won a world lager competition. Yeehar! 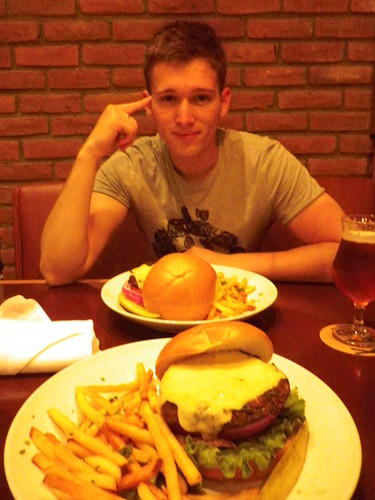 Tomorrow: 400mile drive through the desert..

Today we were up early, as we would be doing our longest drive of the trip. So we had some pop-tarts, and packed all our stuff in to the car and headed off.

Good morning Los Angeles! Woke up today at 7.30am after a good catch up of sleep. First thing to do was shower, so off I went and after about 10mins I gave