Good morning Los Angeles! Woke up today at 7.30am after a good catch up of sleep. First thing to do was shower, so off I went and after about 10mins I gave up. We could not work out how to turn it on. We searched everywhere for a way to turn it on. But nothing, so I had to wash in the sink. We had complimentary breakfast which was nice. Bagels and cinnamon swirls things. At 10am we had a free shuttle lift to Alamo where we picked up the car nice and easily. We were told to choose a compact car out of a selection, and could see lots of Chevrolet's but Jon spotted a one and only ford focus and was quick to say this was the one. So we jumped in and set off. As soon as we pulled out we spotted our first odd sight - a hobo with a trolley dancing in the middle of the road!!
[caption id="" align="alignnone" width="500" caption="Dancing Hobo"] 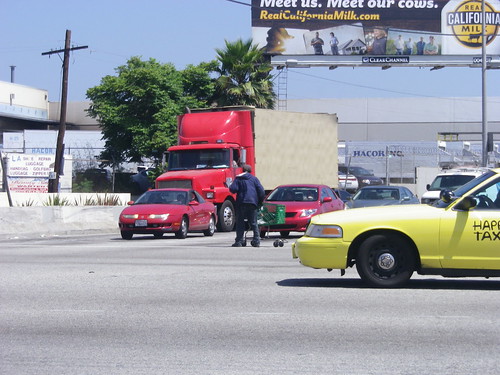 [/caption]
So I snapped a photo, and we managed to get on the freeway pretty easily with no problems. Jon was quite nervous to start but soon got used to it, and now wants an automatic lol.

We drove through Long Beach and the OC (Laguna, Newport and Huntington Beaches). All nice scenery with lots of surfers and expensive looking cars.
[caption id="" align="alignnone" width="500" caption="Corvette Stingray"] 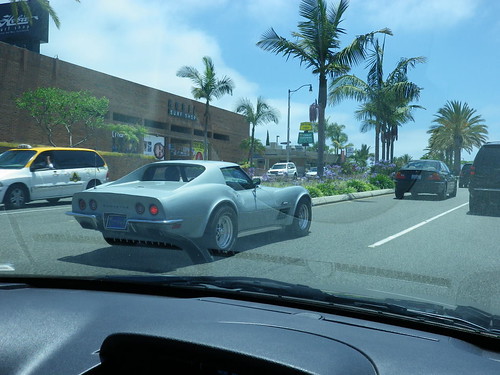 We got to our motel in downtown San Diego at approximately 3pm, and were quick to have a glass of water as we hadn't drunk since that morning. After a little lie down, we decided to head downtown to Horton Plaza. We went to A&F but was a bit too expensive, so we went for a walk down 1st St. We ended up at the convention center and then the lively Gaslamp Quarter, where there were lots of bars and restaurants. A bit further up were a few shops where we made a few purchases - Jon a t-shirt and I got a vest. We bought some Mountain Dew and Cheetos as we walked back to the motel. I put some pics on the laptop and we paid $3 for wifi.

We then made some plans for tomorrow before we headed out at around 8pm to Mission Beach.
[caption id="" align="alignnone" width="500" caption="Mission Beach"] 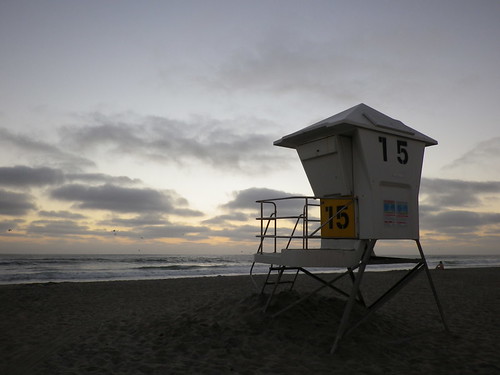 It was very lively with loud music and lots of police everywhere. We went on to the beach and took some piccies, was quite cold though so we picked up 2 giant slices of pizza to take back to the motel. Such good timing as we got back at 8.50pm and the new season of True Blood was premiering on HBO at 9pm :D So we watched that whilst eating our pizza.

Today we had an eventful day "well" planned out and we were super excited. It was going to be our first proper day of sight seeing. Sarah was awake at 0620

There is way too much stuff for me to write in this 5 minutes I have spare to go into detail about our first day so ill try to summarize. Funny things:  Heathrow